Back in January, Sky Arts released a trailer for Urban Myths which caused outrage. An episode of the upcoming series was to feature a white actor, Joseph Fiennes, playing the black superstar, Michael Jackson. It may have been naivety on the part of all those involved in the casting process and the episode never made it to air, but the controversy focused a spotlight on an ongoing challenge in the industry: diversity. 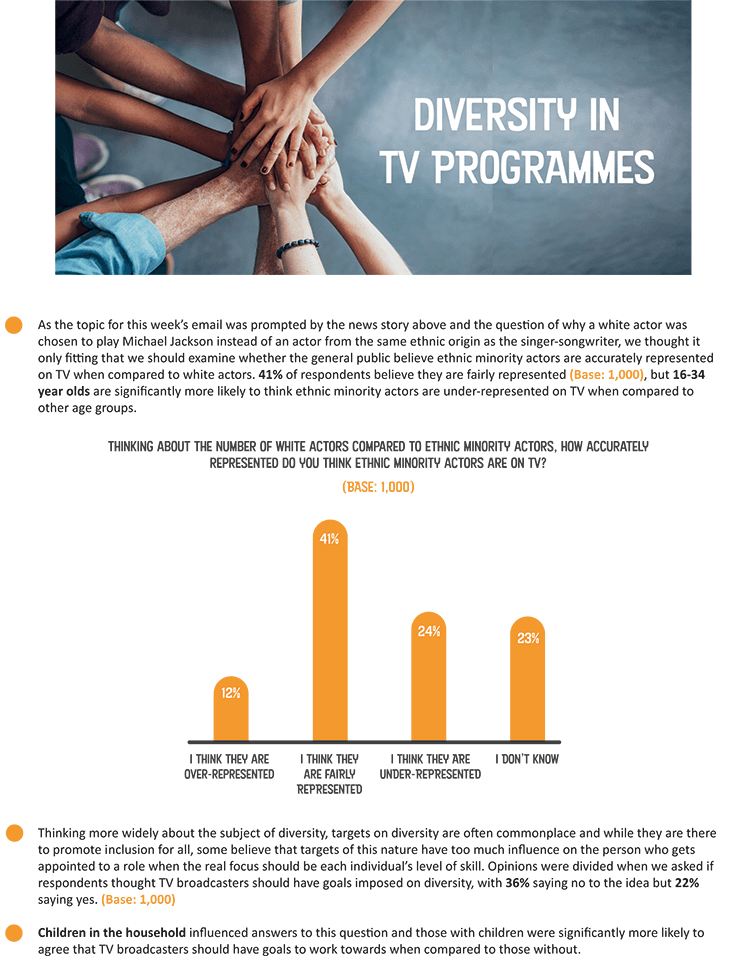 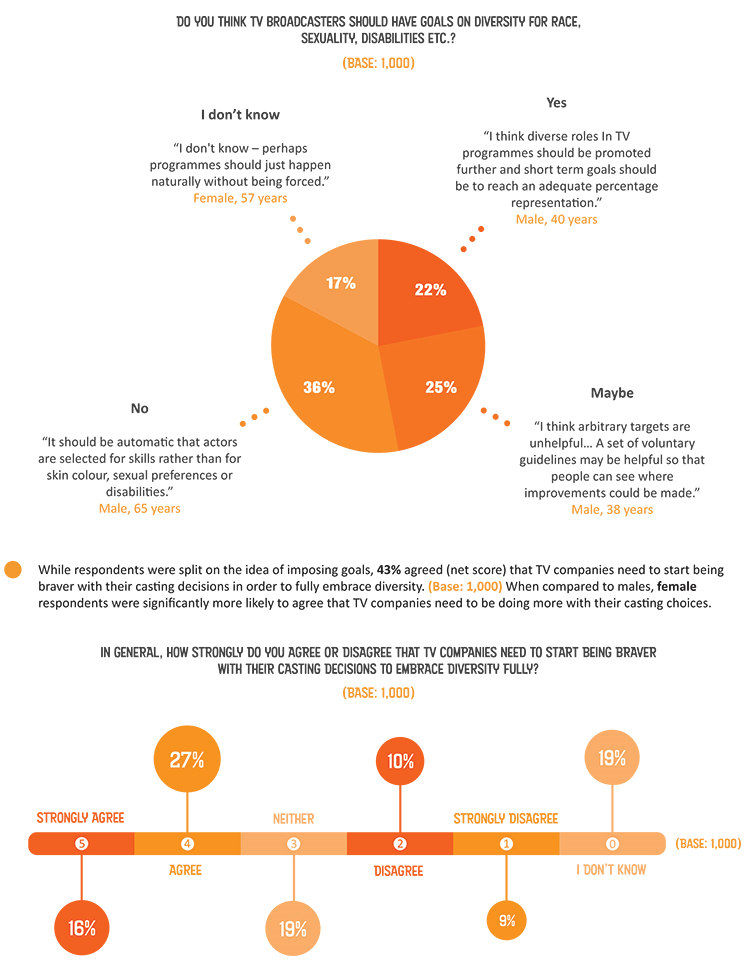 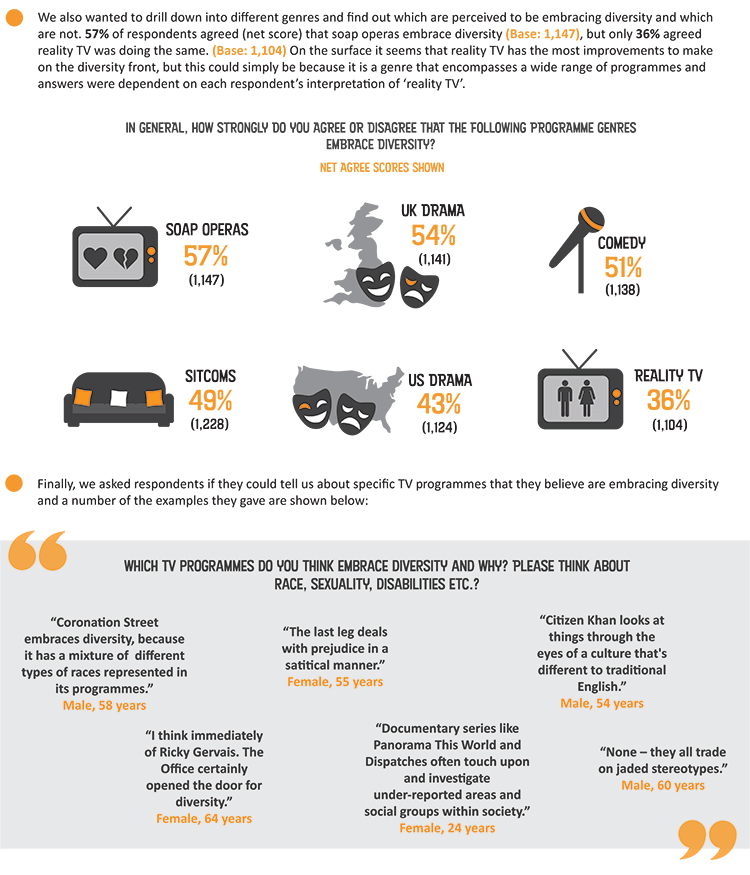 Diversity encompasses all manner of things including race, sexuality and disabilities, and we wanted to explore whether the general public believe TV programmes are embracing diversity at the moment and which genres are perceived to be leading the way.